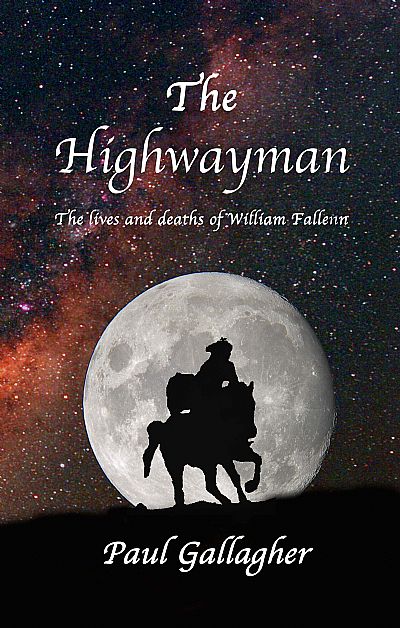 On the run after avenging the murder of his mother, William Fallenn becomes a highwayman. Riding with Bethanie, his enigmatic, capable and often violent lover he falls ever deeper into darkness. When he is eventually caught and hung but inexplicably survives he finds himself embarking upon a series of adventures, attempting to redeem himself from his past wickedness while seeking answers to the questions that his continued existence raises. When at last his unique ability to cheat death offers a chance to save humanity from the excesses of its own folly he embarks upon the greatest adventure of all. Only then will the answers to the mystery of his own existence be revealed and only then will he be reunited with his enigmatic lover who has come to him in different guises down through the ages.

Inspired by “The Highwayman” a song by Jimmy Web this is an epic adventure beginning in the 17th Century and spanning a millennium.